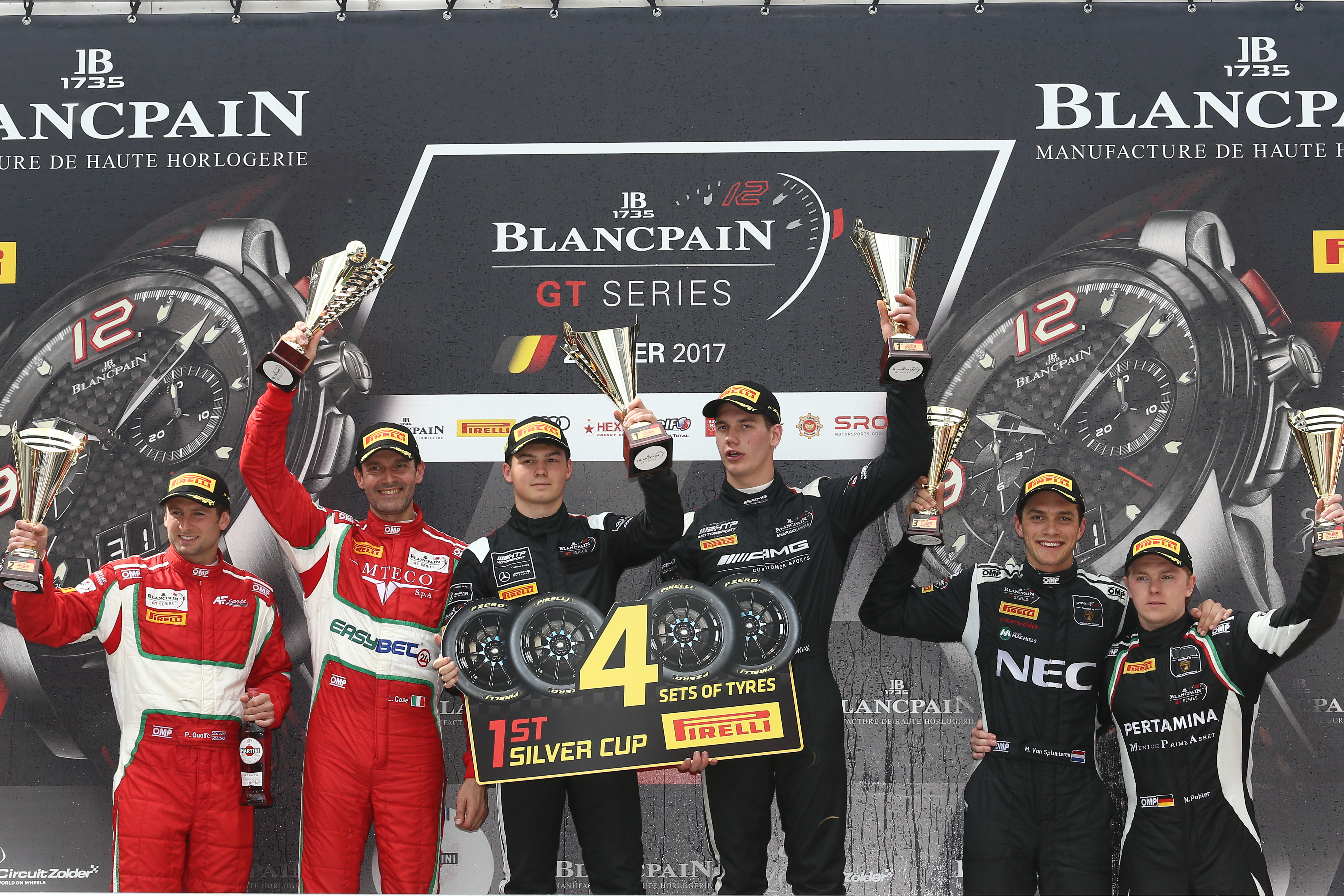 After being handed an unexplainable drive-through penalty in the qualifying race, Quaife, driving the #55 Ferrari 488 GT3 alongside team-mate Lorenzo Case, produced a superb comeback to finish second in class and 17th overall in the main race.

Coming off the back of a double podium at Brands Hatch and a productive Budapest test, the London-based driver was quickly up to speed in free practice, before posting the quickest time in the early stages of qualifying.

The 31-year-old wasn’t able to improve on his second lap and dropped to 11th overall, with the combined times at the end of qualifying two seeing the #55 Ferrari line up fourth in class on the grid.

Italian driver Case took the start of the qualifying race and put in a consistent stint before handing the car over to Quaife at half-race distance. The 2016 International Endurance Series TCR champion battled his way through the field, but was handed an unexpected drive-through penalty and dropped to 26th.

Quaife returned to the #55 Ferrari for the beginning of the main race and matched the leaders pace to launch himself inside the top 20 by the end of his stint having started 26th.

Case continued the strong pace after taking over and in the final corner of the last lap, the Italian flew up the inside of the two scrapping Silver Cup cars ahead to cross the line second in class.

Round four of the Blancpain GT Series Sprint Cup comes from Budapest, Hungary (25-27 August), with the #55 AF Corse duo confident of a good result following their encouraging test at the circuit last week.

Phil Quaife said: “We felt that Zolder was our best weekend so far this season in terms of performance. The test in Budapest last week really helped us, particularly with finding a good base set-up. It meant we only had to fine tune rather than spend a lot of time making big changes.

“I think as a team we just need to be more aggressive with our qualifying set-up to gain those last few tenths. If we can get that sorted then I’m quite confident that we can challenge for the top positions.

“We weren’t happy with the penalty in the qualifying race and it left us with a lot of work to do. Running in traffic meant we lost front downforce, which lead to understeer and that made it difficult to overtake, but I was really happy with the performance and for us to snatch second in class on the run to the finish is great.

“I’d like to say a big thanks to AF Corse and my team-mate Lorenzo for another awesome job this weekend and now we look forward to getting a good result at Budapest.”