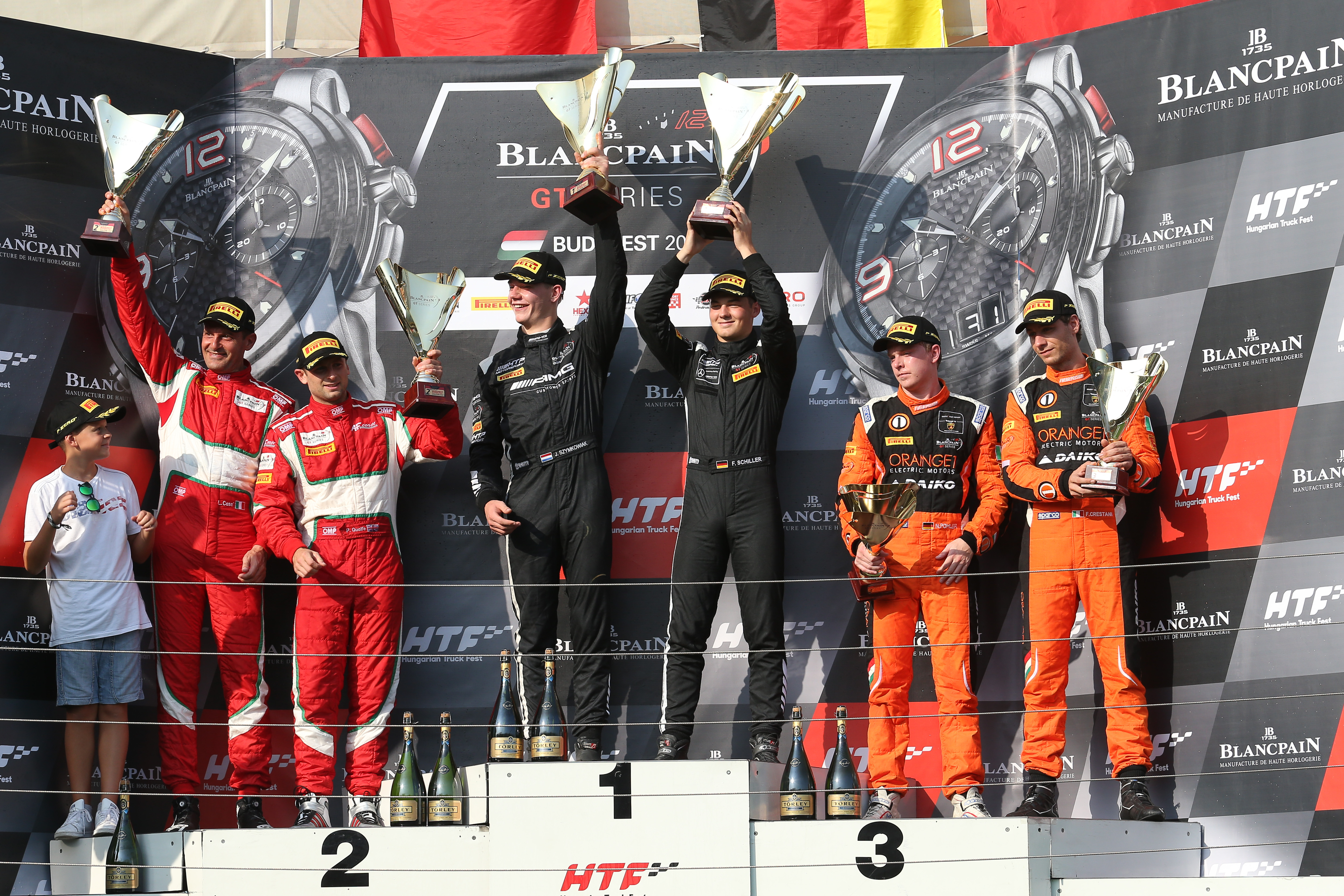 After a strong qualifying performance Quaife, driving the #55 Ferrari 488 GT3 alongside team-mate Lorenzo Case, flew to a pair of second place Silver Cup finishes in scorching conditions at the Budapest circuit.

Having completed a successful test there earlier this year, Quaife was quickly up to speed around the 4.381 km circuit, as the London-based driver qualified the #55 Ferrari on pole position in class and inside the top-20 overall in the highly–competitive Sprint Cup field.

“We were slightly more aggressive with the qualifying set-up this weekend,” said Quaife. “It worked very well and we managed to find more pace than we were able to at previous rounds.

“On the second set of tyres we made some changes to the set-up, which again was a step in the right direction. However, on my first flying lap – when the tyres were at their best – I encountered some traffic, costing me time. My second lap had to do, but I believe we could have been higher up on the grid if I was able to get a clear lap on my first run.”

Lining up 19th on the starting grid, the 31-year-old found himself in the middle of an intense battle in the tight midfield pack, before being forced wide on the opening lap.

He quickly recovered back inside the top-20 and challenged for the class lead, as the 2016 International Endurance Series TCR champion handed the car over to Case for his stint, who was able to hold onto second place at the finish.

“There was a lot of nudging in the first few corners of race one and I lost some places,” Quaife said. “I managed to recover though and had some really close racing with the Silver Cup championship leaders.

“We kept a similar set-up to qualifying and this worked well early on but hurt us as the race wore on. We struggled with our pace towards the end of our stints, but overall it was a positive result.”

Case started the Main Race and made a solid getaway, but had slight contact with another driver and lost momentum. A quick pit stop by the crew saw Quaife gain time, allowing him to quickly close the gap to the #66 Lamborghini as he matched the leaders’ pace.

With just two laps remaining, Quaife stormed past the Lamborghini and went on to collect his fifth Silver Cup podium of the season.

“The car felt fantastic in race two,” said Quaife. “The set-up was great and it shows how much we’ve learnt since the start of the season. Our pace was very good and when you look at the lap times, we were matching the leaders despite not running in clean air.

“I’d like to say a big thanks to AF Corse and my team-mate Lorenzo for another awesome job this weekend and now we look forward to capping the year off with a good result at the season finale at the Nurburgring.”

Round five of the Blancpain GT Series Sprint Cup comes from the Nurburgring, Germany (15-17 September).